The Good Words :: This One Word Makes Contentment Possible

Passing by the local playground down by the River last week, I noticed an unusual sight. In our sleepy wee town, the playground might have a half dozen cars at any given time, and typically only has an overflow when people are putting their boats in at the ramp across the road, but on this particular afternoon cars were packed in every space, and additional cars were circling the parking lot, just waiting to snag a much-coveted spot to park.

What was all the raucous about? Well, for the better part of a couple of days last week, the winds were reminiscent of a place I lived years ago in South Africa. The locals say “The wind was born in Gordon’s Bay.” The days of “Gordon’s Bay winds” resulted in an unusual phenomenon in our neck of the woods. The water in the river blew out towards the sound, leaving a mucky riverbed bare for all to see. Long buried driftwood scattered the landscape, and even remnants of a ship sunk in the 1860s were said to have been identified.

And all those cars clamoring in the parking lot? They wanted a chance to look out across the mucky riverbed, and maybe snag a few photos to share on social media. 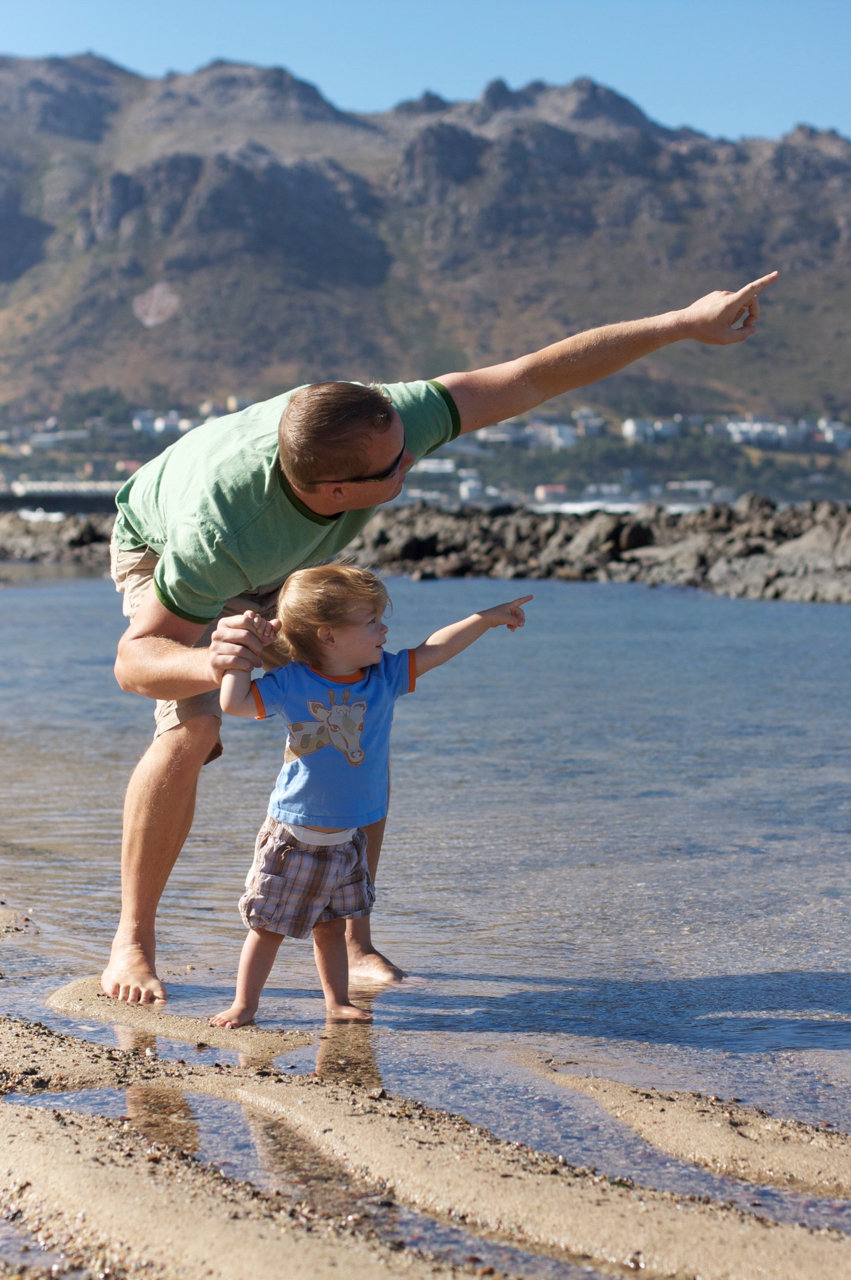 I was reading the story again last week — how the Israelites cried out to the Lord to deliver them and He heard their cries and called Moses to return to Egypt and deliver His people. While all this deliverance was taking place, it was easy to very quickly get frustrated with the Israelites, reading their story and thinking about how they handled the situations they encountered.

Finally Pharaoh agrees to let God’s people go, and with heaps of parting gifts from their Egyptian neighbors, the Israelites set out on a long walk to freedom.

They arrive at the Red Sea and, looking back, realize Pharaoh has had a change of heart (again) and has decided to chase them down. What’s their response?

“So were there not enough graves in Egypt? Is that why you’ve taken us here — to die in the wilderness?”

Fear shouts louder than faith — and the people who have JUST seen miracles are scared to death.

This part might be familiar — they wait by the Red Sea all night, the wind blows the waters back, and (a little bit more impressive than our situation) they walk through the sea with walls of water on either side and a furious Egyptian army chasing after them. 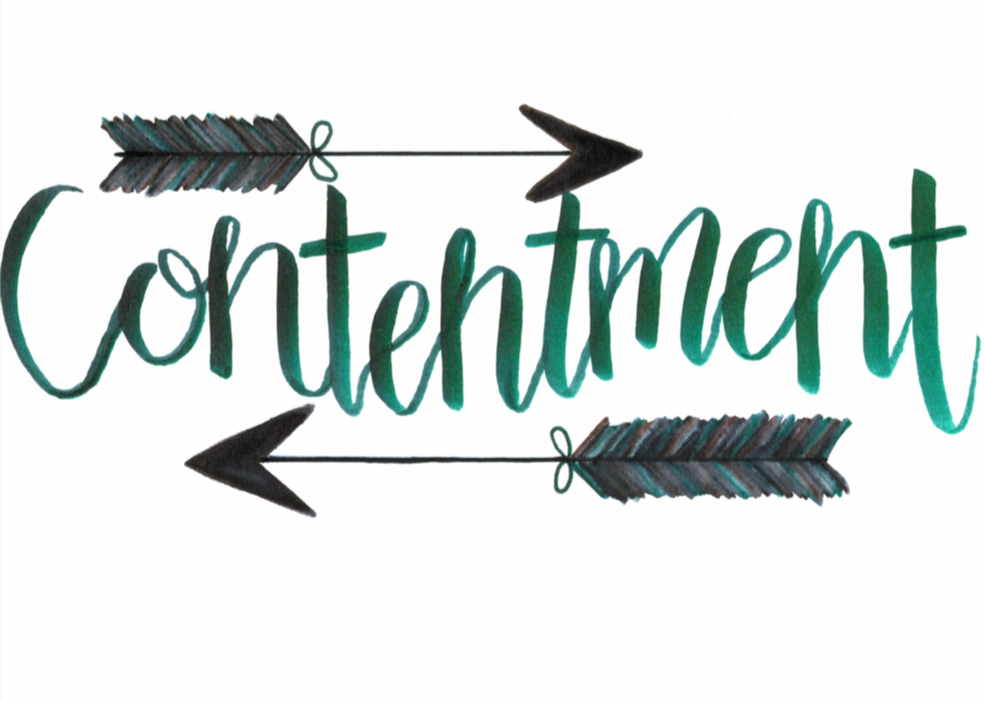 God delivers them, the Egyptians are swept away when Red Sea Boulevard closes up, and there they are — delivered from slavery, free — a people able to steer their own destiny.

But before the Egyptian chariots have settled on the sea floor, the Israelites — who by the way have just sung all these delightful songs and danced and given thanks to the Lord for their deliverance — now begin to complain again, because they’ve been traveling for three days and they have no water to drink.

“How’s anybody supposed to drink anything around here?”

Moses cries out to God, God shows him how to make the bitter waters sweet and … you’d think from this point they’d live happily ever after, right?

But fast forward some fifteen verses into the next chapter and…

“The whole congregation of the children of Israel complained against Moses and Aaron. […] ‘Oh that we had died by the hand of the Lord in the land of Egypt, when we sat by the pots of mean and when we ate bread to the full!'”

Again — food is a totally valid need — but it never says anyone prayed or cried out to the Lord. It just keeps using one verb to talk about the Israelites are doing: complained.

We could go on and on but I think you’re picking up on the pattern I’m putting down: fear gets the better of the Israelites, and instead of leaning into faith, they complain.

And goodness gracious, let’s be honest. Am I kinda sorta sometimes the same way? Have I seen His hand make molehills out of mountains — but do I still fall short and get scared and lose hope?

This is the difference between their attitude toward the God who delivered them and Paul’s. Remember those verses about contentment?

The big difference between Paul’s faith and the Israelites who left Egypt can be summed up in one word. Are you ready for it?

But what if we trust that God can use anything — anything — for our good and His glory?

Next week will mark the five year anniversary of me losing my Dad. At the time of his death, it absolutely seemed like the worst possible outcome — the thing that we were praying so fervently for didn’t happen. The miracle we begged God for never became a reality.

But somehow, in the days and weeks and months and years that followed, I have seen God’s hand in it. I experienced the presence of God in that time of grief like I never have before. I drew near to God and discovered more and more of His deep and rich and full-to-overflowing love for me. That week in the hospital and the very difficult experiences that followed it were perhaps the most difficult moments I’ve navigated in my life so far — but on the other side of that, I saw God’s glory. I saw His hand when over a hundred thousand dollars of medical bills were paid for. When my new baby girl helped me overcome the sorrow and see that life could still go on, and life could still be beautiful.

His hand is near in a million little ways — but only he who sees takes off his shoes.

And this is the question we will all have to answer, when the wind blows hard and the river is gone and the problems and difficulties of a challenging season of life seem laid bare: Can we trust God here in this place? Do we think He is big enough to handle this? Can He provide manna, even in this desert?

A heart that trusts is a heart that says “Yes, Lord, even this. Even this can work out for my good and Your glory. I will wait, I will find peace because I will find You. I trust You.

Contentment is worth fighting for, friends. Join me in trusting an unknown future to a God who knows, sees and cares enough to part the waters just for you.

If you’d like to subscribe to receive With Love, From Here posts, delivered directly to your inbox for free, you can do so right here! Yay!